The big day is finally here! You’re installing the Microsoft Visual C++ runtime and Direct X drivers for the umpteenth time anxiously awaiting the experience that is going to eclipse all others. Then an hour later you feel like a chump whose been duped. Welcome to the near perpetual state of gaming in this day and age: disappointment.

…the near perpetual state of gaming in this day and age: disappointment.

More and more gaming websites and publications have applied ever greater emphasis on previews and sneak peeks of a game, now even going so as far as to peer several years into the far flung future to reveal the latest details on games still in their development infancy. 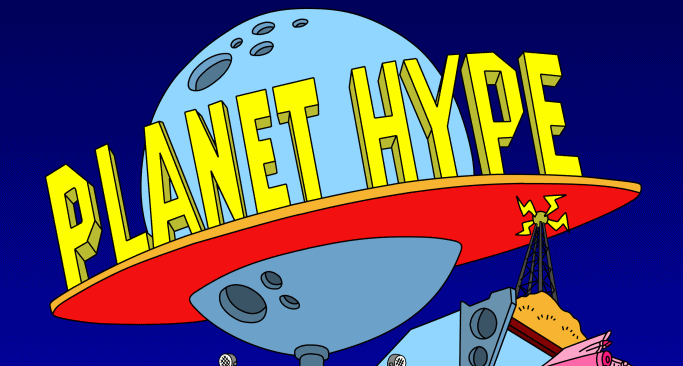 This kind of coverage is fine on its own but when its coupled with the fact that many of the games being released today have been scrutinized for many years before hitting store shelves it creates an unrealistic expectation by consumers. When a game finally does get released, the final product can rarely compete with the thousands of conflicting reports and a handful of often misleading teaser trailers that always promise the next big thing.

“Hype” surrounding a new game can go on for months, even years before release unabated and then as soon as it’s released a few pages about the actual product are written either praising or condemning it and that’s it.

Reviewer’s eyes turn towards the future and any games that is available “in the now” are often seen as mere distractions to tide us gamers over while we hear details of something bigger and better just over the horizon.

In the latest issue of the gaming magazine I subscribe to, the first 80 pages are focused on previews for games with 10 pages of advertisements mixed in and the very last 10 pages relegated to the review of the actual games available to play right now.

It has become acceptable to have 10 page spreads or 10 minute videos about games that are only a fraction completed and when they finally get released the reviews are treated like a game’s obituary.

In today’s gamer culture it has become a necessity to be bigger than the last big thing. More features, more GPU crushing visuals, more everything of whatever came before. It’s a crucial part of any medium’s development. We should want the industry to strive for ever increasing echelons of greatness but there is a price to pay for our voracious appetites.

There is always a fervor to devour an experience. While we enjoy our time with a game we can always feel that lingering dread in the pit of our stomach that eventually it will all be over and we will be left wanting more but have nothing at our disposal to fill the void.

So what’s a gamer to do?

The answer is obvious. Hide under a rock for about a year and when you emerge you’ll have a plethora of new and enjoyable experiences tempered by multiple patches and post launch reconsiderations by the developer to tide you over into the foreseeable future.

Okay, that’s never gonna happen. It’s analogous to the hypothetical scenario wherein we all stop buying gasoline for just one day and the prices at the gas pump plummet. It just isn’t realistic.

So where is the middle ground to be found between reflexively buying every new game and swearing off the divine act of gaming all together?

What is this ‘patience’ you speak of?

Day 1. The term is synonymous with both ravenous consumption and outright disaster.

We as gamers feed into eachother’s mania.

We as gamers feed into eachother’s mania. We all want to discuss the latest games and be the first to discover the next big thing. It’s natural to want to be on the crest of the wave because that is where you find momentum.

However, like the leader of a flock of migratory fowl, when you’re in the lead you absorb the brunt of the abuse for all your peers. You are paying the most and getting the least experience. Bugs, broken DRM, unbalanced gameplay and conspicuously missing features; that is your lot in life.

These are all things that any worthwhile game company will iron out in the weeks and months following launch. After the lion’s share of sales are secured and a Metascore is firmly established all that’s left is form them to secure and safeguard the perception of the actual “final product” in the annals of history. 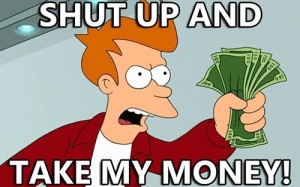 The hype surrounding a game’s release is like a tsunami. At first it’s minimal and barely noteworthy but as it approaches it gathers strength and becomes an awesome force of nature. When it finally makes landfall it crashes down on those along the beach and sweeps them out to sea. Yet unfailingly gamers always swim back to shore and convince themselves that the next time they will be able to paddle out to meet that wave and successfully ride it to gaming nirvana.

Someday soon you will be anxiously anticipating the next Triple A title, that ‘Next Big Thing’, waiting in line at midnight with a Manufacturer’s Suggested Retail Price amount of cash clutched anxiously in your hand but take a look back at what you were playing a year ago.

Are you still playing it? Does it still resonate with you? Can you recall the plot or even name a character besides the protagonist and antagonist?

It probably seems like a distant memory of days gone by. Would you have bought that particular game again or would you have rather bought it today for a fraction of the price? If so you gambled and won, congratulations. If not, sorry to say but you were likely washed away in that aforementioned wave of hype, something that could have been avoided had you simply waited for a brief time for the tide to go out and for reason to reassert itself.

Are you more excited about playing the game or of being part of…the culture that demands you perpetually be on the cutting edge?

I’m not saying that there aren’t some games that shouldn’t be bought and played as soon as humanly possible. I will be one of the first to say “Shut up and take my money!” when and (big) ifHalf-life 3 ever comes to pass, but surely every game isn’t deserving of the level of hype we grant it? We voluntarily allow it to envelop us; toss us about and then as the flood waters recede we wash up onto shore, find our wallets emptied and our hearts a little hardened by the experience.

The next time you are excited about a new release ask yourself: Are you more excited about playing the game or of being part of the post launch conversation and the culture that demands you perpetually be on the cutting edge?

A good game will still be good in a week, a month or even a year from now. Why do you put yourself through the torment of the “new release blues”? You almost certainly have a Steamlibrary filled to the brim with games you haven’t finished, yet you fool yourself* into thinking that the thing that was missing from your life is that brand new release…and maybe it’s “season pass” too. (Thanks Borderlands 2 for making that $#!t up.)

* Ryan DeBraal is a hypocrite who in the last six months has bought Legend of Grimrock, Hitman: Absolution and Aliens: Colonial Marines all on Day 1. He currently plays none of those games and only recalls that Grimrock was “like a prison or something”, that Hitman’s protagonist is called #47 and that he played as Winter alongside “that guy” and his post de facto lover “that girl” in Aliens.