A gamer is only as good as the rig they play on. Below is my current setup.
I built my current system with the aid of the extremely useful site: PC Part Picker.
I haven’t included any of the less sexy components like CD-RW or HDD since these don’t really have any gaming implications.
If you want to see the specifics click here.

At this time I haven’t overclocked any of the components because I have yet to encounter a game that doesn’t run at full frames-per-second at 1080p; however all the components are geared toward that inevitable end:

CPU: Intel Core i7-6700K 4.0GHz Quad-Core Processor
I decided to splurge a bit and pickup the newer x99 architecture since the almost universally standard 4790K was getting on in years and I wanted a CPU that could carry me into the next generation. 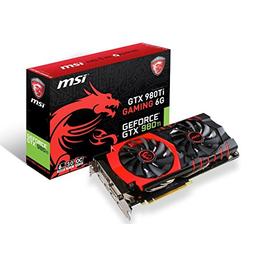 GPU: MSI GeForce GTX 980 Ti 6GB Video Card
This was the component that finally got me to finalize my build. The stats of the card are basically 75% of a Titan at 50% it’s cost. To me this was a no-brainer.

Memory: G.Skill Ripjaws V Series 32GB (4 x 8GB) DDR4-3000 Memory
First time G.Skill customer, so far so good. This will likely be the first component I overclock. I have the tendency to leave my games running in the background for days at a time so that I can jump right back in at a moment’s notice; being able to keep 3+ Triple-A games running in the background throughout the week is a great feeling.

Update: I added an additional 16 GB of RAM in April ’16 for ~$75 because I have started using a Linux virtual machine for development which eats 8 GB of RAM right out of the gate. 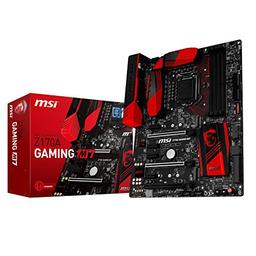 Motherboard: MSI Z170A GAMING M7 ATX LGA1151 Motherboard
As soon as I saw the promotional site for this mobo I fell in love. On this infinitely complex plane of silicon lies a treasure trove of stats than I could ever hope to fully utilize and plenty of room to grow.

Water Cooler: Corsair H100i GTX 70.7 CFM Liquid CPU Cooler
This was my first foray into liquid cooling and I have to say I was pleasantly surprised. The unit is a closed circuit so there is no worry about mixing plumbing with electronics. zZZt! My only complain is that it uses a motherboard USB connector which ended up putting me one connector shy to be able to hook up all my USBs. I read there was a adapter that converted the USB power into a SATA so that the cooler can be plugged directly into the Power Supply but I wasn’t able to find one, most likely my Google Fu is weak. 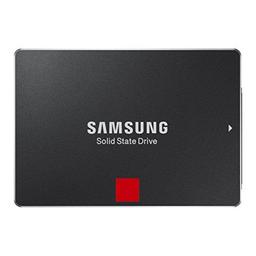 SSD: Samsung 850 Pro Series 512GB 2.5″ Solid State Drive
First solid state drive also. I love the load times; not thrilled about the price point. I suspect within the next generation, SSDs will completely supplant their traditional HDD counterparts.
Thankfully Steam added the option to manually install new games to any desired destination some time ago. I install all my “Grade A” games onto the C:\ in hopes of reducing load times. 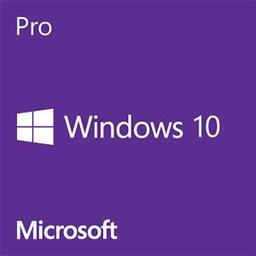 Operating System: Microsoft Windows 10 Pro OEM (64-bit)
I really like Windows 10 so far, my only real gripe being that it uses a memory management model similar to what smartphones use nowadays. Meaning it just continuously caches applications in RAM until it runs out of free memory and then flushes the oldest content (FIFO). However it’s rather disconcerting to commonly see my total RAM being over >90% utilized. 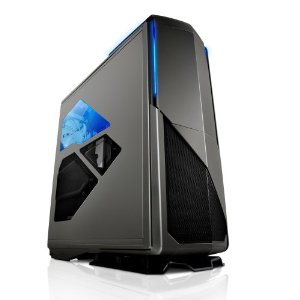 Case: NZXT Phantom 820 (Black) ATX Full Tower Case
An enormous case with plenty of air flow. It looks good and is of a solid, sturdy construction. It comes with an embedded LED array that can be set to a range of colors using a dial on the front panel. 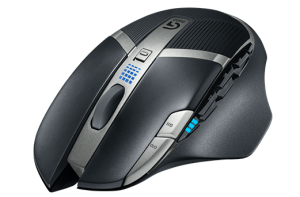 Mouse: Logitech G602 Wireless Gaming Mouse
Great mouse, though I wish it had a slightly higher maximum DPS (2500 max), however the button layout and form factor won me over. 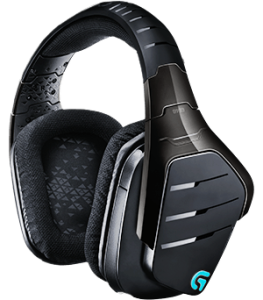 Headset: Logitech G933 – Wireless 7.1 Surround Sounds Gaming Headset
A worthy successor to the awesome G900 series that preceded it, admittedly this was an impulse buy but I’m glad I took the plunge. In theory this headset is capable of connecting to multiple devices at once (aka playing games and answering phone calls without swapping) but I haven’t experiment with this functionality yet.