It’s not so much the games themselves as it is the stage they provide for rampant hateful and arrogant people that engulf each franchise and poison the community. Cyber bullying and blatant sexism/racism/homophobia/bigotry become an accepted practice and eventually the expected norm.

But more than the social immaturity, I hate the way the worst representatives of console gamers proclaim their superior 1337 skillz’. After watching a couple videos on YouTube I began to notice how much of the commentary was directly related to how incredible these players thought they were.

I wanted to examine why a certain cross section of console FPS players adamantly believe that they could be competitive against their PC playing counterparts and in my research I came across some interesting information.

1/10th of a screenshot of Halo

FPS games on consoles employ several automated assistance techniques to make a player believe they are actually shooting someone accurately, when in actuality the player is probably only aiming within a foot of their intended target.

Here is a list of mechanisms often implemented into console FPS games to give the “illusion” that the analog stick is an equivalent to the mouse in terms of fidelity.

Let’s take for example the Sentinel Beam weapon from the Halo series.

(statistics derived from the Halo Wiki)

Based on these established parameters a weapon that fires a laser beam (i.e. the straightest thing ever) will curve up to 9 degrees from 163 feet away to hit the “intended target”.

Considering most console FPS games’ FOV (field of view) is locked at 90 degrees, this means that you can be up to 1/10th of the screen width off from your target and still hit them dead center.

Referring to the image on the right, that means if you were to aim at the far right of this slice of the screen area, you would be able to hit the players just entering the far left of the frame.

That’s a very large margin for error. You wouldn’t call yourself “leet” if you were allowed a 10 meter head start in a 100 meter dash.

Last year when Uncharted 3 was released players almost immediatly noticed a difference in their ability to accurately hit enemies.

The community clamoured so much that Naughty Dog was forced to sacrifice their artistic integrity in order to provide their customers with a more automated aiming experience.

Game Director Justin Richmond explains the physics behind it.

“In Uncharted 2 the bullets would leave the barrel at a pre-set deviation when you were aimed in. What this means is that the bullets would not fire straight out of the barrel all the time — they could come out at an angle. Therefore, you could have a target clearly in the reticle and still miss it by a wide margin. This was frustrating, because it was difficult to tell why you were missing a target. As a result, we wanted to be sure you had a better grasp of whether you were hitting or missing a target.

In Uncharted 3 the bullets now fire straight out of the barrel 100% of the time. However, we have recoil — where the reticle moves/bounces as you fire. Therefore, it is easier to tell if you are missing or hitting a target. Now it is much more obvious when you are hitting or missing based on the reticle itself.” 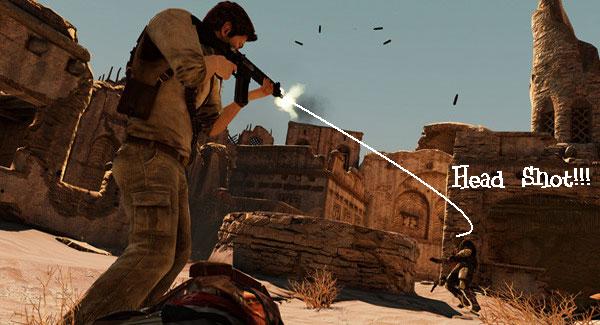 26 days later the game was patched to included “Alternate Aim Settings” that allowed their guns to fire bullets in a more unrealistic fashion. 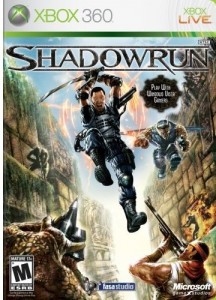 Shadowrun was a multiplayer-only FPS game developed by FASA Studio (owned by Microsoft). It was one of the first (and only) games to feature cross-platform compatibility. Players could compete against each other regardless of whether they owned the title on PC or Xbox 360. Unfortunately, not only did the game not take advantage of it’s incredible source material but it was both a commercial and critical failure garnering only 162,000 sales and a 66/67% Metacritic score. (The PC version was apparently 1% better)

Rahul Sood, the co-founder of Voodoo PC claimed that further competitive online gaming between the PC and Xbox 360 was planned but that the project was cancelled by Microsoft due to the fact that console owners just couldn’t compete: 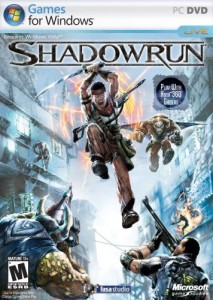 “There was a project that got killed at Microsoft. This project was designed to allow console gamers and PC gamers to interact and battle over a connected environment. Personally I wish it would have stayed the course. I’ve heard from reliable sources that during the development they brought together the best console gamers to play mediocre PC gamers at the same game… and guess what happened?

The console players got destroyed every time. So much so that it would be embarrassing to the XBOX team in general had Microsoft launched this initiative.”

Players on different platforms remain segregated to this day because the developers recognized that gamers using a controller just couldn’t compete on an equivalent level with gamers using a keyboard and mouse. 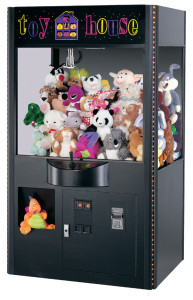 I don’t hate consoles or console gamers, I enjoy a good game regardless of what system it’s on and in fact prefer the controller for some “hardcore games” (like Witcher 2) but what I can’t tolerate is baseless macho posturing about how amazing somebody thinks they are at for “360 no scoping noobs”.

It’s deeply disheartening to know that video game developers are forced to pander to a community that seems to mistakenly think that they posses some sort of super human perception and coordination when in reality, they are being hand held by clever software algorithms working to counteract the limitations of the same technology used in the Claw Machine down at your local pizza buffet.