I think achievements are bogus. I have never felt compelled to unlock achievements in a game in hopes of eking out a little more playtime from my purchase. I never felt that I should be granted an award simply for killing 10 of one thing or collecting 50 of another.  I don’t think hitting Level 20 and then getting a little award directly on top of that for being Level 20 makes much sense. To me, these are fake rewards from a system “outside” the game itself.

An actual “achievement” should be something that leads to bigger and better things, a Skill Point or the procurement of a special item. Not something that’s sole purpose is to supplement a “Gamer Score” or some other totally arbitrary system used to rate your worth as a player. 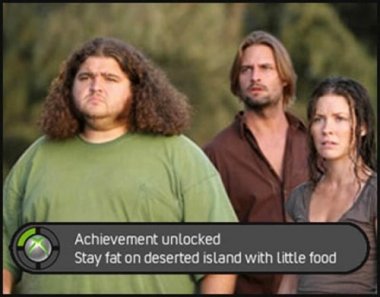 All the ways they offend the senses

The following is a list compiled to highlight the key reasons for my distaste of achievements.

Multiple Points of View
The following are actual quotations taken from a conversation which took place on an internet forum not far from here.
bahabeast says: well trophies gives a challenge for me even after i beat a game ill go back and try go gain all those hard one i missed out. it also nice competition between friends, one of my friends has like two levels of trophies over me but i trump him by the fact that i hav a level 8 trophies on psn and 3500 gamer score on xbl soo best of both world

I say: Games already have a competative component known as multiplayer. Is it necessary (or healthy) to feel like your ‘winning‘ when there isn’t even a game being played?
gamingisnotacrime says: Trophy hunting is a nice way to explore my favorite games to the fullest. Im not a trophy addict but im trophy conscious.
I say: Truth be told, s/he has a point. Once in a blue moon the list of achievements does give me an idea on what to pursue.
MysticStrummer says: To me, they are a cheap way for devs to fool people into thinking they’re getting more content when we’re actually getting less this gen.

I say: Games are costing exponentially more to produce with each passing year, adding meaningless objectives to pursue does give the illusion of “more content”.

The Exception that Proves the Rule
There is one notable exception that for the sake of balance I should address. The game in question is Portal 2. 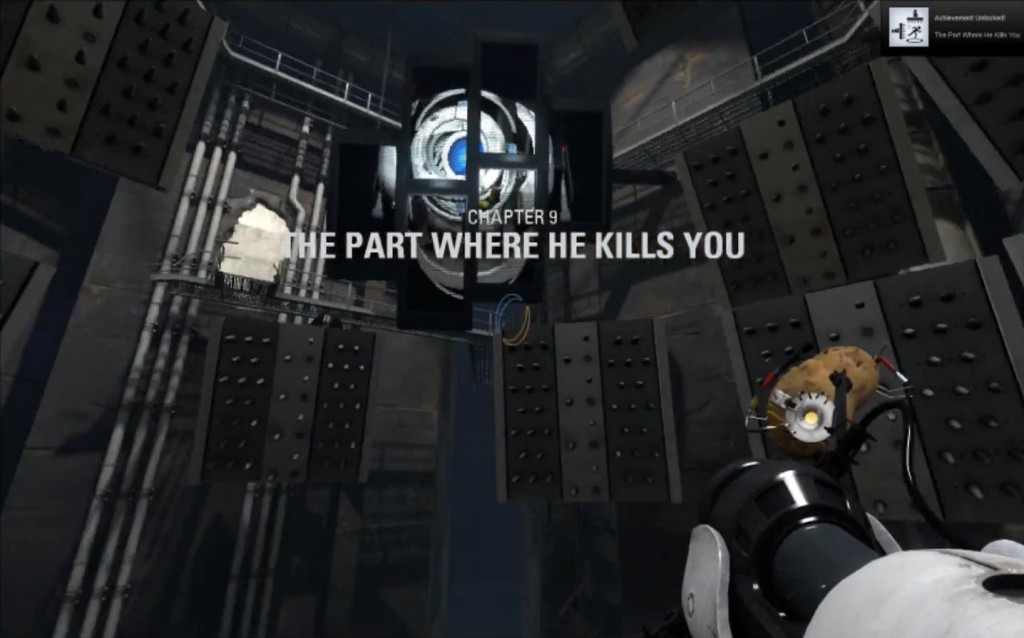 Nearing the end of the single player portion of the game you are tricked by Wheatley,  the incompetent personality sphere who has managed to take control of Aperture Science’s Enrichment Center. As you approach your impending doom GlaDos laments “Well, this is the part where he kills you”  followed by Wheatley declaring cheerfully “Hello, this is the part where I kill you” just as the chapter title fades in: “The Part Where He Kills You” and if it’s your first play through an achievement unlocks: “The Part Where He Kills You”

It was so clever and witty to be suddenly inundated with the same phrase over-and-over that it did elicited an honest hardy chuckle from me.

That about sums it up.

Achievements aren’t going away, they are now as much a part of games as an Option Screen or Health Bar. But with any luck in the future developers will begin to see that rewarding players for performing common actions is going to dilute the sense of accomplishment they are trying to cultivate.